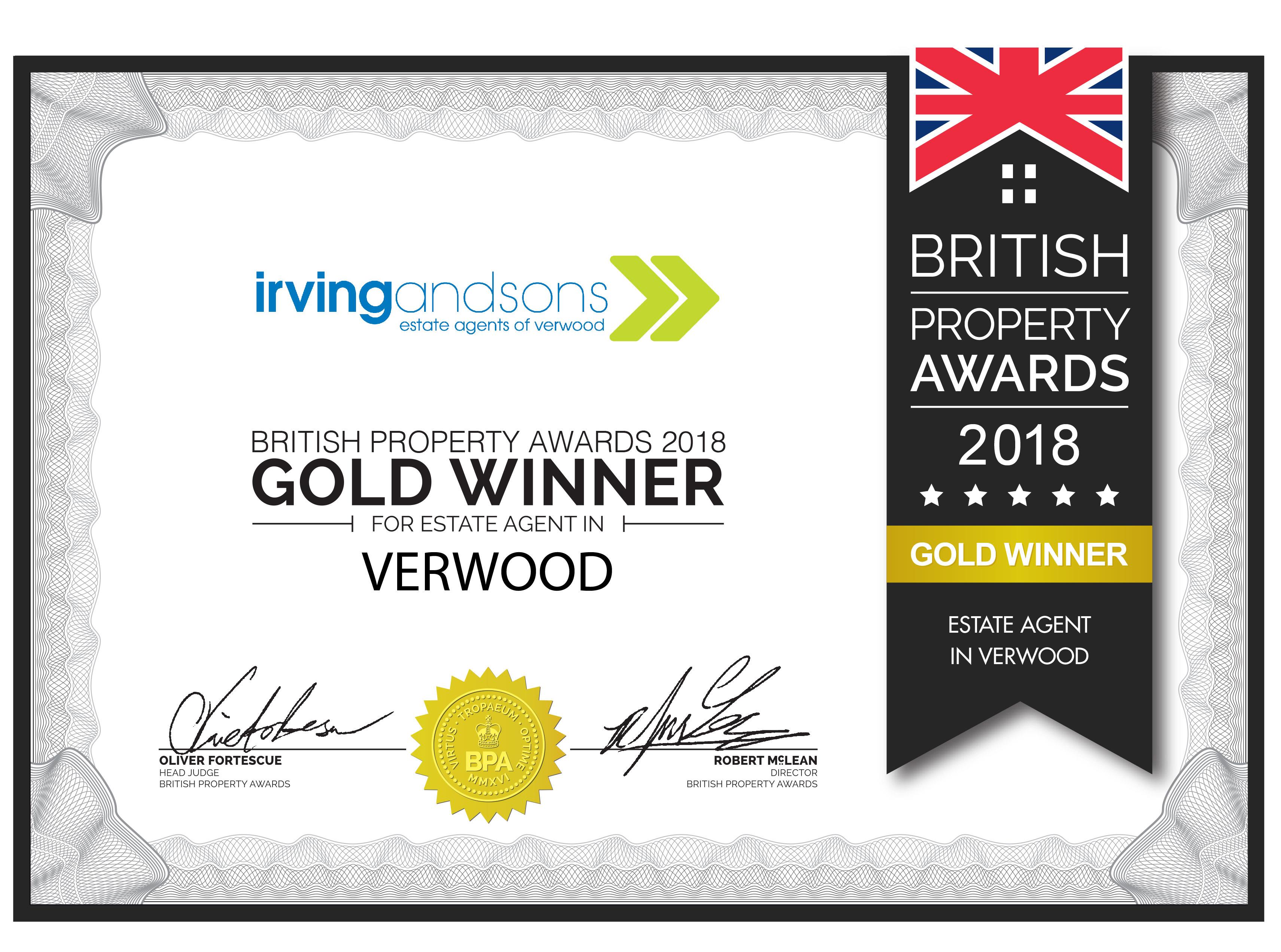 Irving & Sons have just won the award for the best Estate Agent in Verwood for the second year running.

This year’s award comes on the back of a double win last year where they not only won the award for Verwood but also picked up the award for the Best Estate agent in the South/West & Dorset.

Their team performed outstandingly throughout the extensive judging period which took place over several months and focused on customer service levels throughout the house buying and selling process.

Irving & Sons have now been shortlisted for a number of national awards for 2018 which will be announced later in the year.

The British Property Awards provide agents through the UK with an invaluable opportunity to compare the service that they provide against the service provided by their local, regional and national competition. Agents who go that extra mile and provide outstanding levels of customer service are rewarded with their accolade, which acts as a beacon to highlight these attributes to their local marketplace.

Here you can log in or sign up to the members area of our website. Once logged in you can amend your personal details, add/amend/delete email alerts and access your saved properties. New property alerts are sent to your requested email address at your selected frequency once we publish a new property or a price change takes place.

You can register here!