Regional winners for Dorset at The British Property Awards 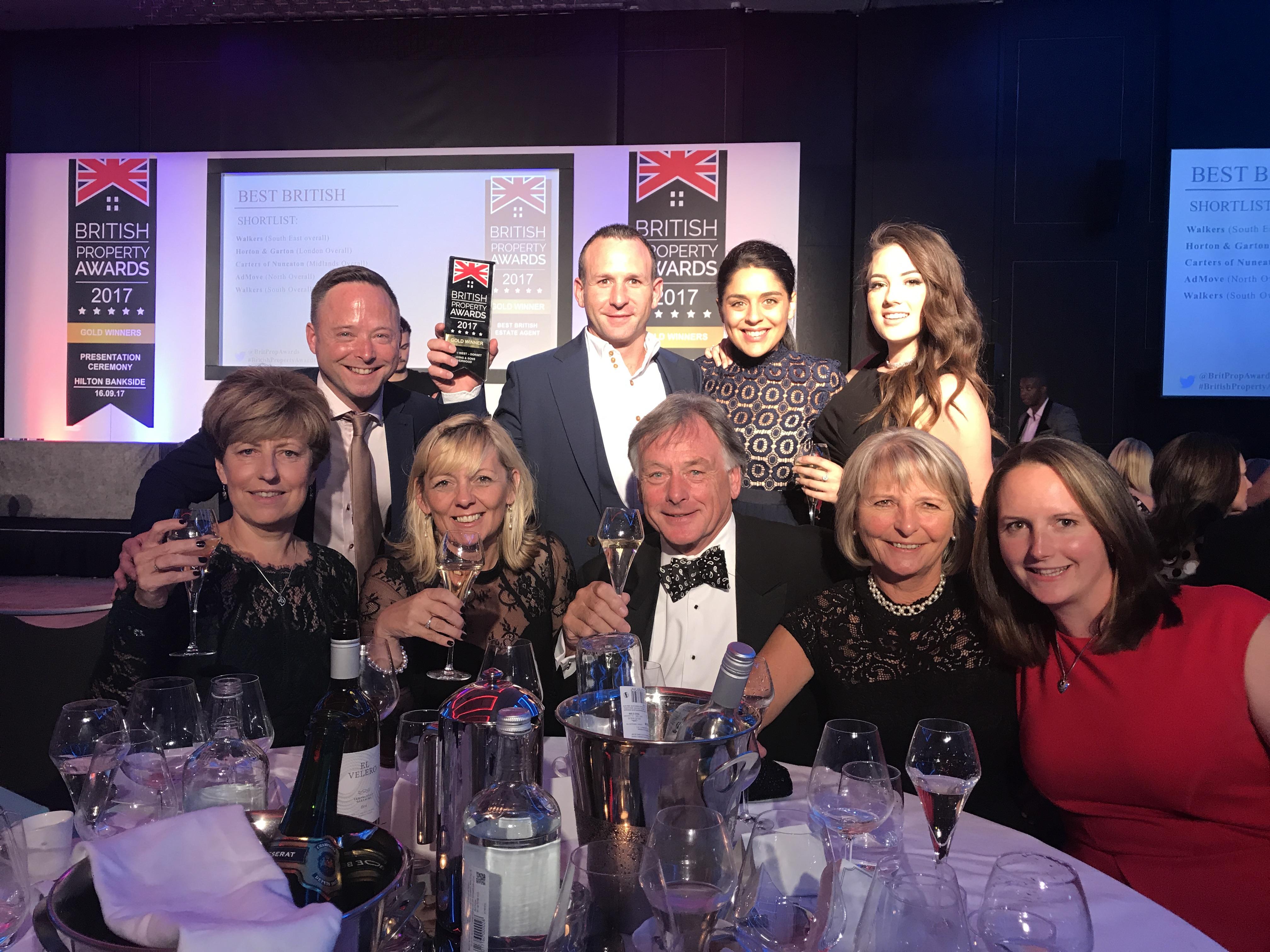 Irving and Sons claim the top prize for the Dorset Region at the British Property Awards 2017 in London.

The British Property Awards 2017 ceremony event in London was a night to remember for the team at Irving and Sons Estate Agents as they added to their award for the Best Estate Agent in Verwood with the  regional award for Dorset.

Nolan Irving commented “I’m very proud of each and every member of our team for receiving the recognition they deserve for all their hard work and commitment to going the extra mile when helping our  clients move home”.

The judging period was very extensive covering almost every agent in the country who were surveyed against strict judging criteria and based on telephone calls and mystery shoppers over a period of several months.

The local award winners were announced a few months ago and Irving and Sons impressed the judges so much that they were successful in securing the award for the whole of the Dorset region.

The entire Irving and Sons team were present at the award ceremony in central London which was a celebration of the best estate agents in the country and the evening was hosted by Homes Under the Hammer star Martin Roberts.

“It was a great night for us all and it's recognition like this from The British Property Awards, as well as all the many kind thanks that we regularly receive direct from clients, which makes taking the strain on behalf of the client so worthwhile.

The British Property Awards provide agents throughout the UK with an invaluable opportunity to compare the service they provide against the service provided by their, local, regional and national competition. Agents who go that extra mile and provide outstanding levels of customer service are rewarded with our accolade, which acts as a beacon to highlight these attributes to their local marketplace.

If you are thinking of moving home or just want some good honest advice then give the AWARD WINNING team at Irving and Sons a call 01202 823333.

Here you can log in or sign up to the members area of our website. Once logged in you can amend your personal details, add/amend/delete email alerts and access your saved properties. New property alerts are sent to your requested email address at your selected frequency once we publish a new property or a price change takes place.

You can register here!